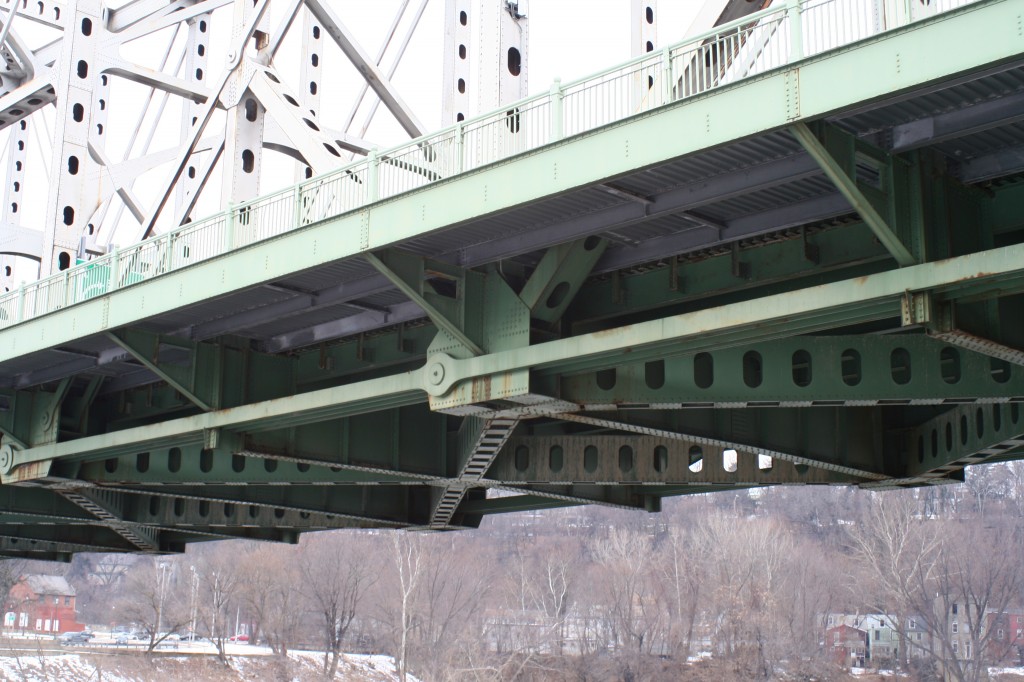 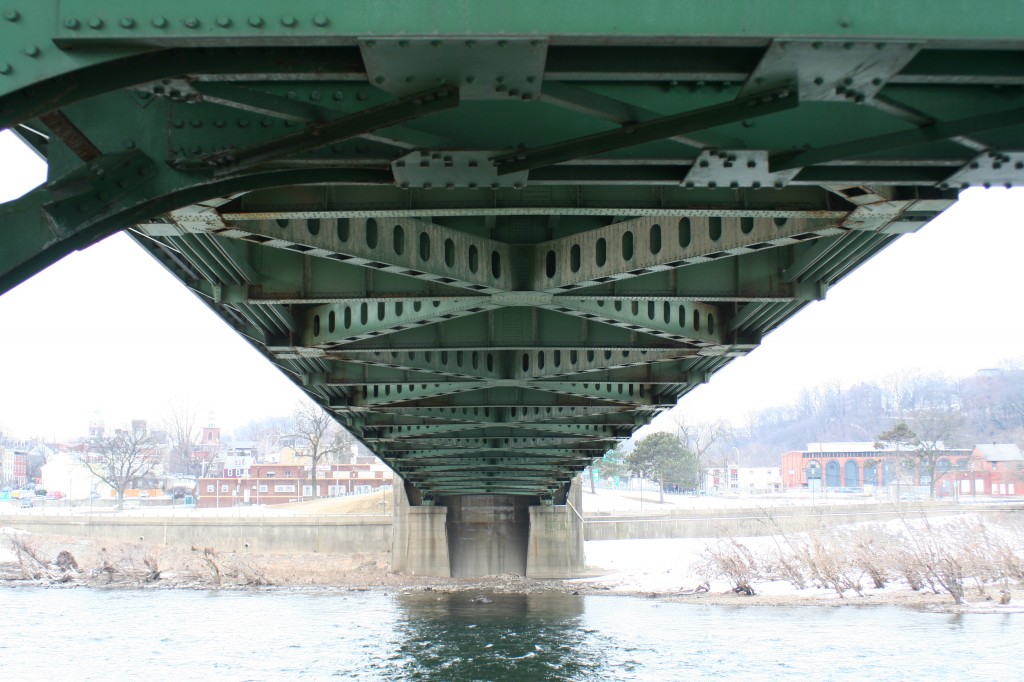 Drexel believes some level of technology is a required component of in-depth inspections.  Technology can be used to accurately identify and quantify the level of certain vulnerabilities.  Additionally, appropriately used technologies for testing can be incorporated into long-term monitoring to track performance over the life of the bridge.  Drexel inspected the Easton-Phillipsburg Bridge, with the intent of providing the client a more in-depth analysis of the state of the bridge, including which vulnerabilities were significant enough to warrant further investigation.

Drexel created a 3D geometric model of the main span based on the existing drawings, photos and inspection reports.  The a priori 3D finite element (FE) model was then created by importing the geometric model into SAP2000, which translated the 1D and 2D drawing elements into 1D (frame) and 2D (shell) finite elements.  Based on the preliminary analysis results from the a priori FE model, some of the most critical responses were identified and a series of field experiments were designed to directly measure them.  Drexel then used this data to calibrate the a priori FE model by modifying some of the uncertain aspects as indicated by the measured response.

Four types of tests were carried out at Easton-Phillipsburg Bridge.  First, ambient vibration monitoring consisted of installing a series of accelerometers on the upstream sidewalk of the main span and collecting data for a period of time under traffic load during peak hours.  This led to the identification of the natural frequencies and associated mode shapes and aided in model calibration.

The third test measured the nominal operating stress levels due to live load.  Drexel installed high speed strain gages installed on the top and bottom chord members in several locations.  Data was collected under ambient traffic conditions to determine the level of stress due to live load in main members.  Last, collection of low speed strain data due to temperature swings in critical members established the variation of intrinsic forces within the main members.  A series of vibrating-wire strain gages were installed in parallel with the high-speed strain gages to collect the necessary data.

With the data in hand, Drexel determined that stresses due to traffic (live load) in the upper and lower chord members of the bridge were very low and thus fatigue and/or overstressing due to live load should not be a concern.  Additionally, stresses due to daily temperature changes in the top and bottom chord members of the EPTB were far more significant than live load, but were still well below the material capacity. Although seasonal temperature changes are far more significant, the resulting stress levels are likely to be well within a safe operating range.