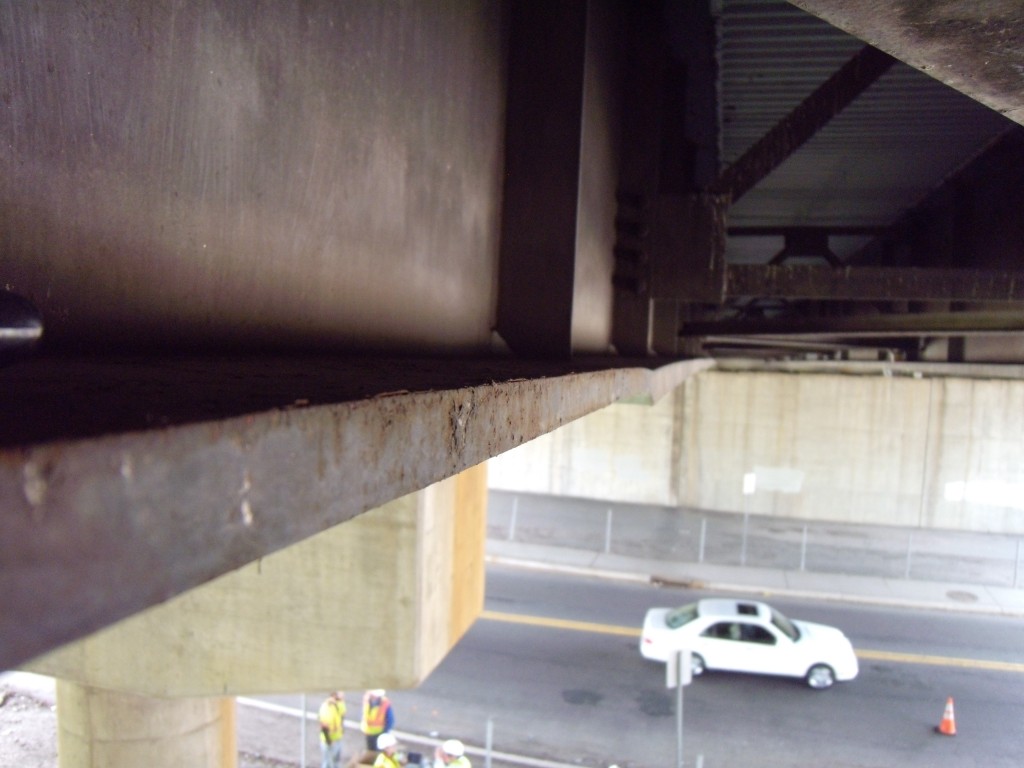 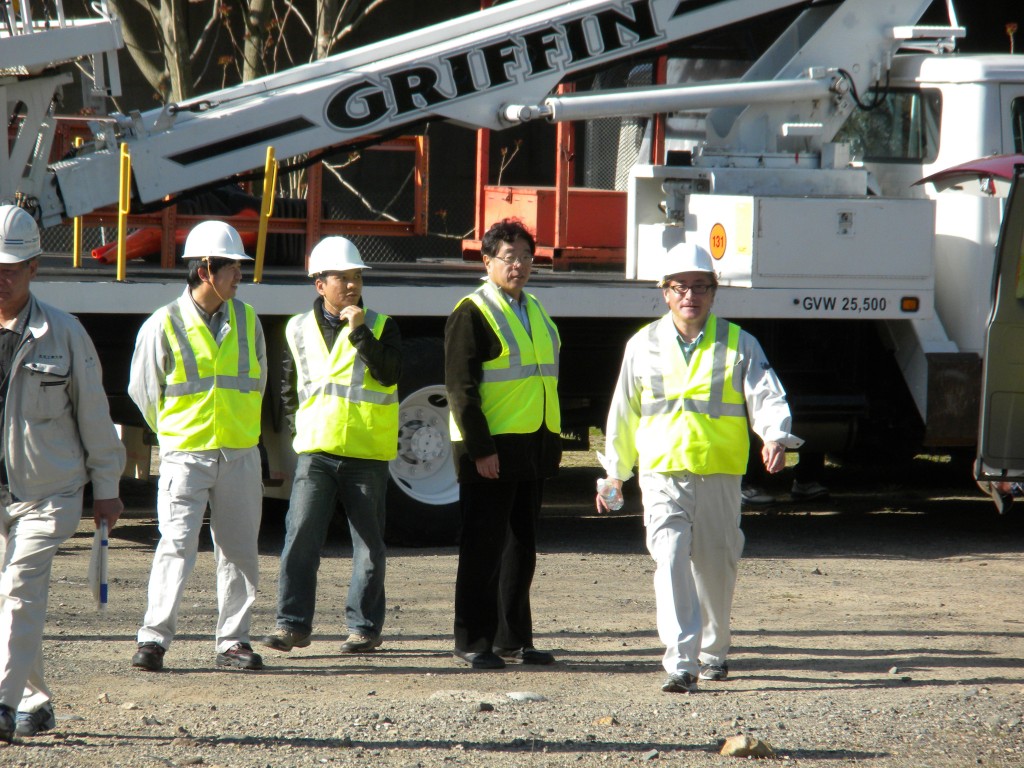 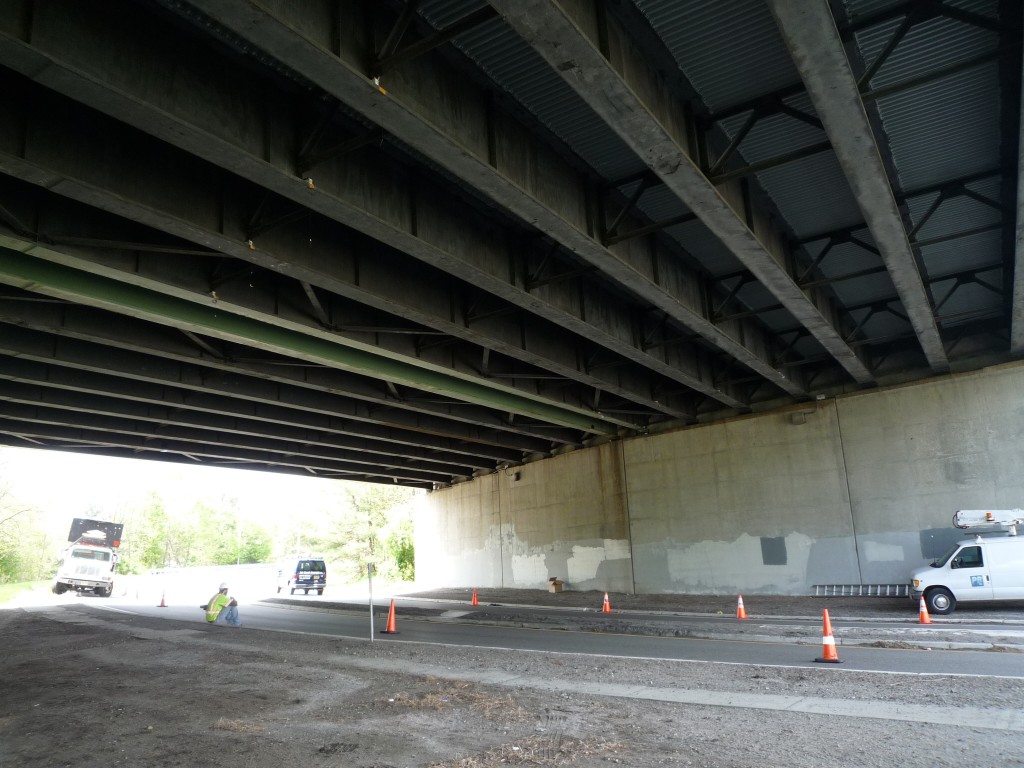 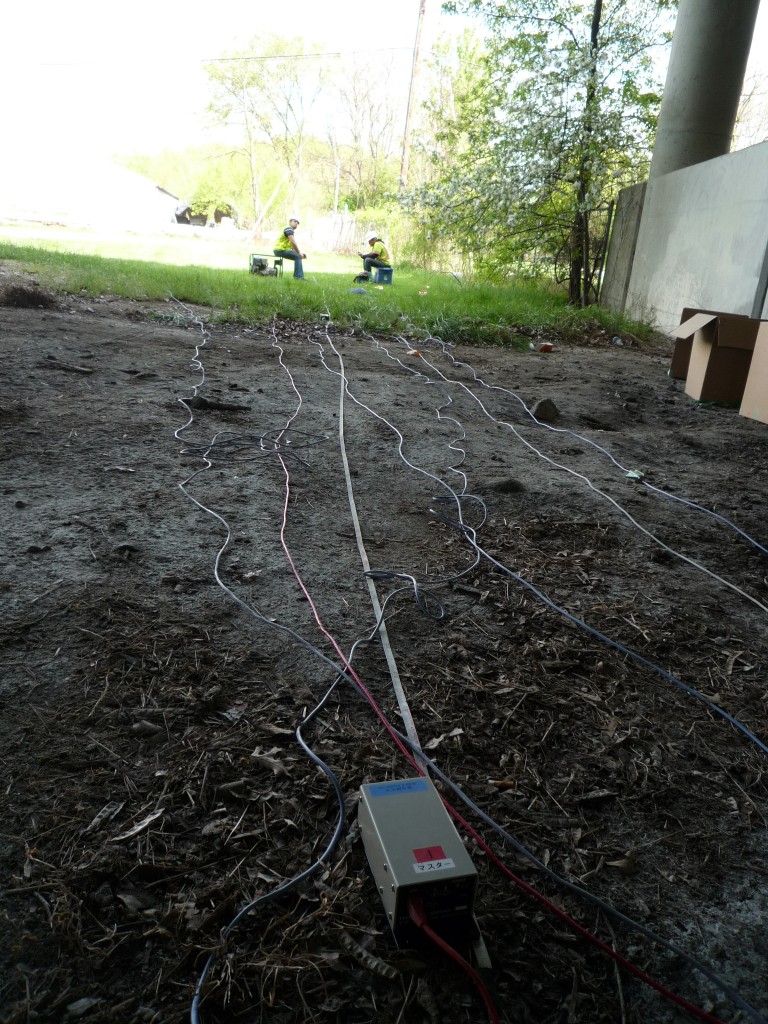 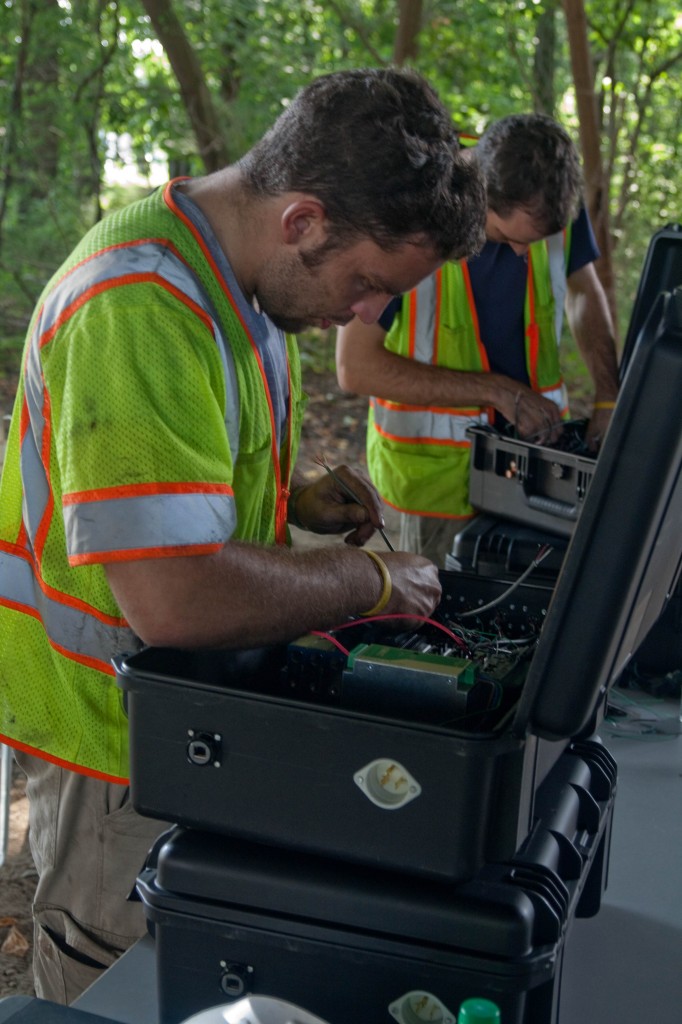 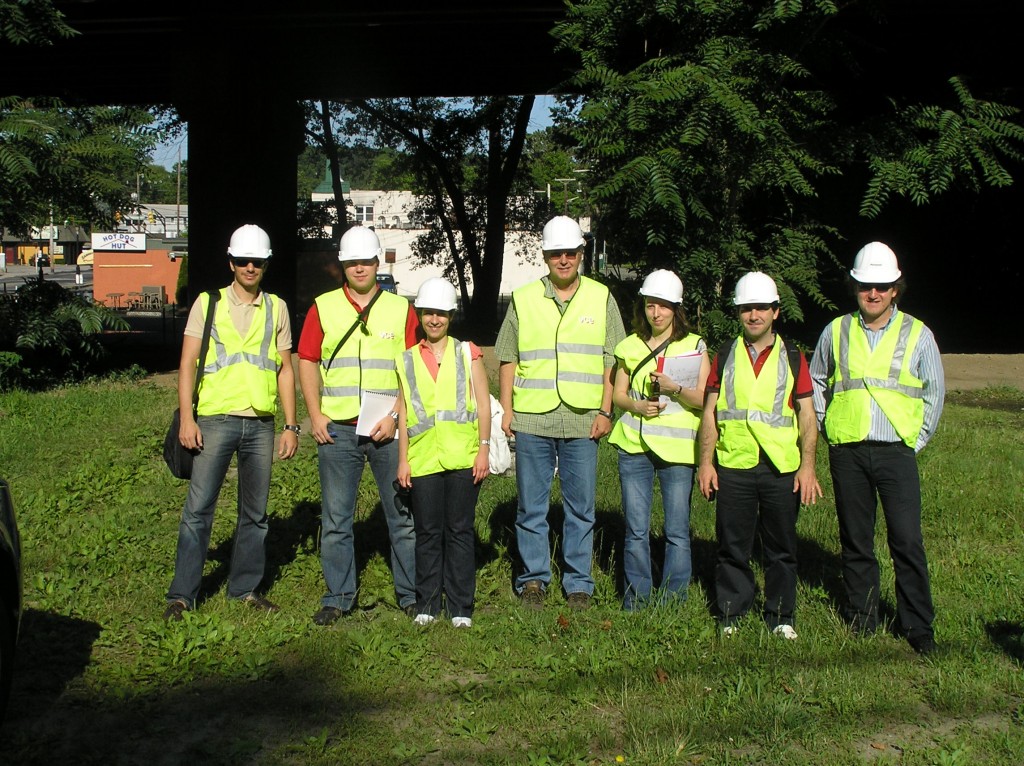 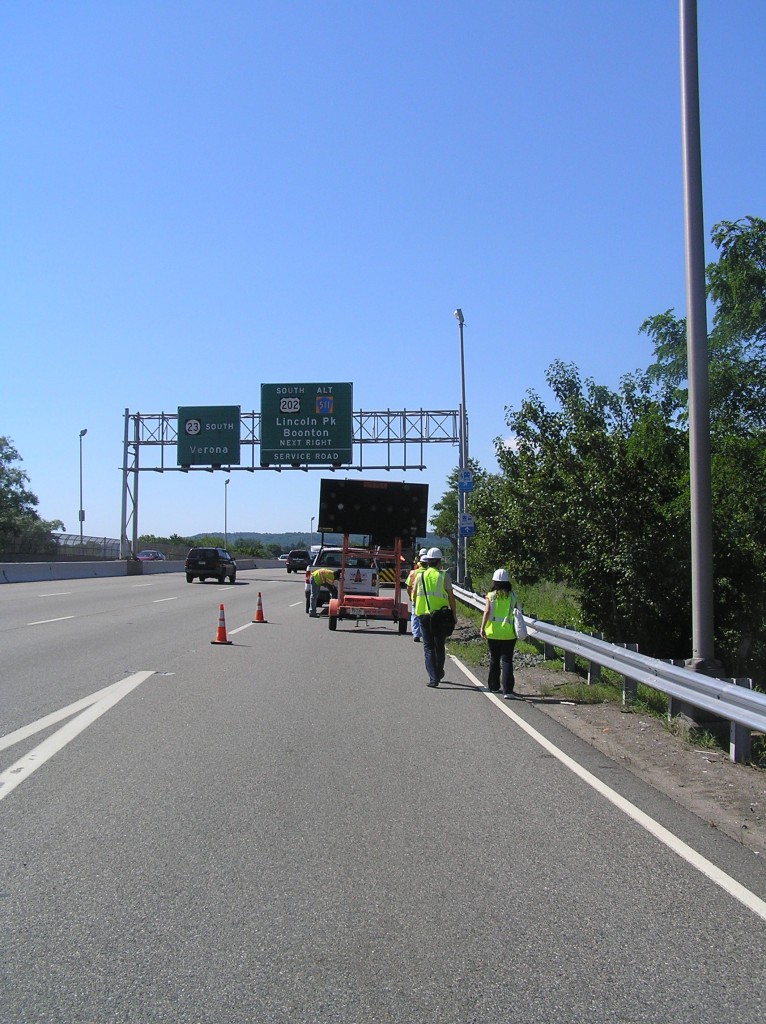 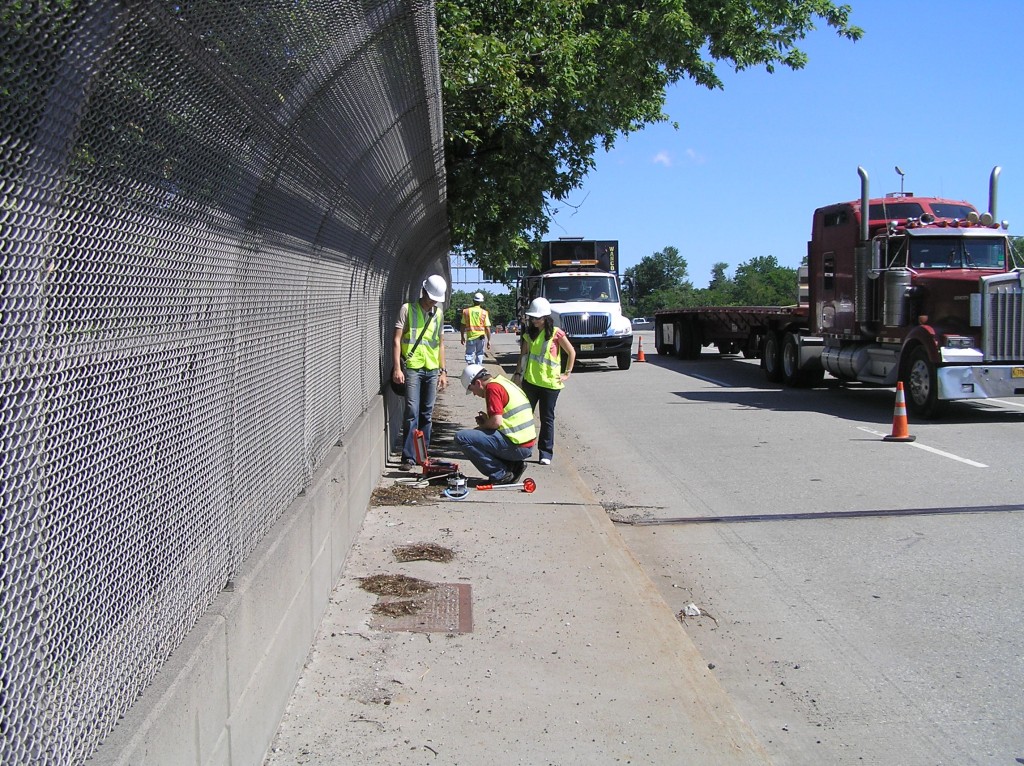 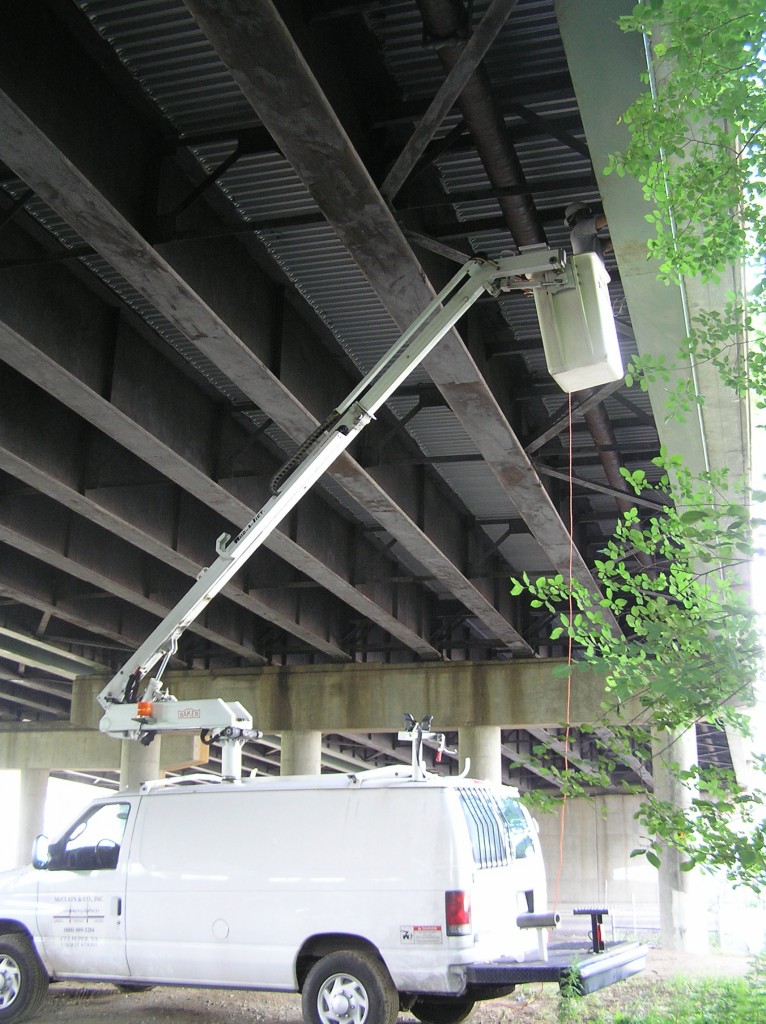 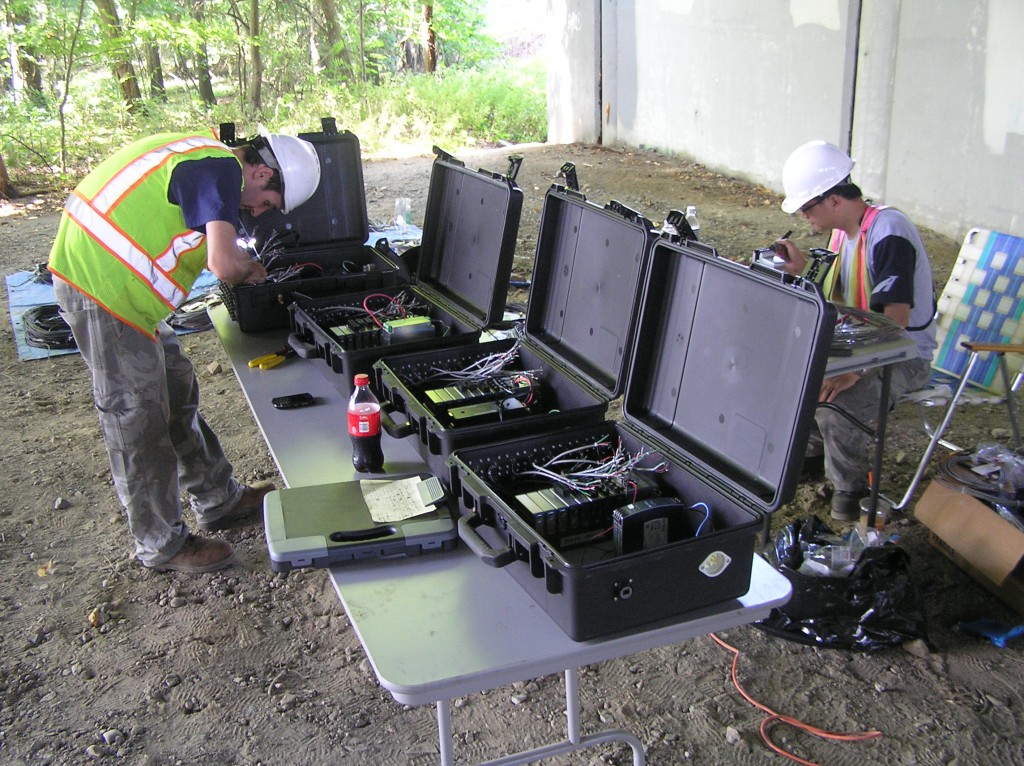 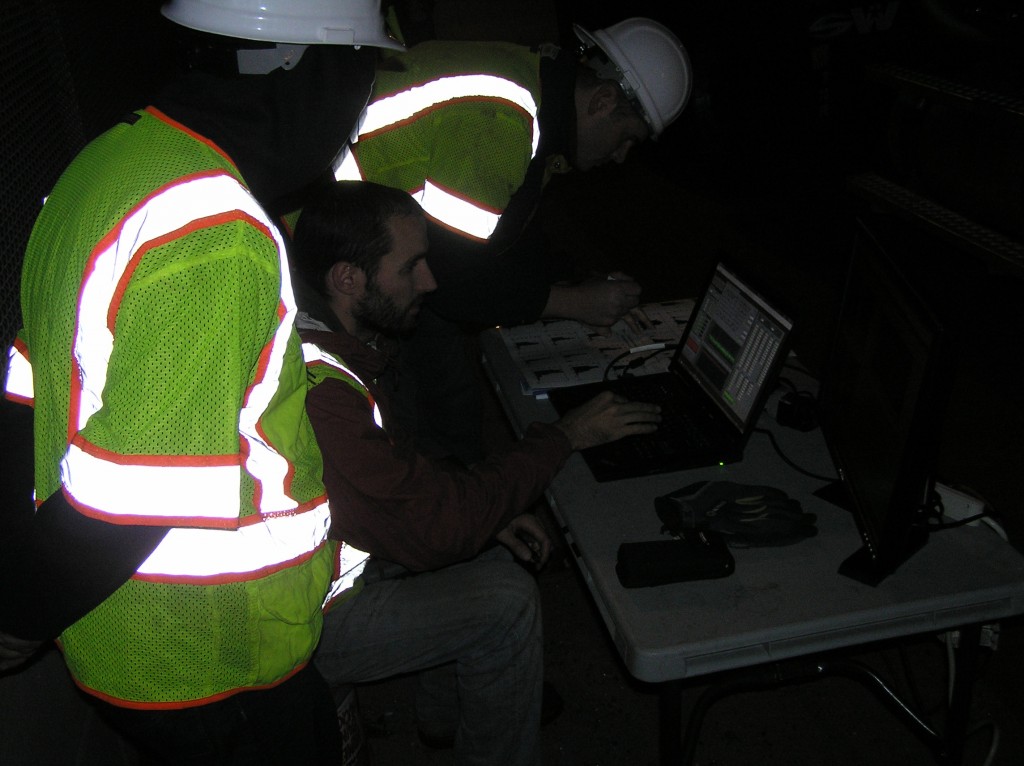 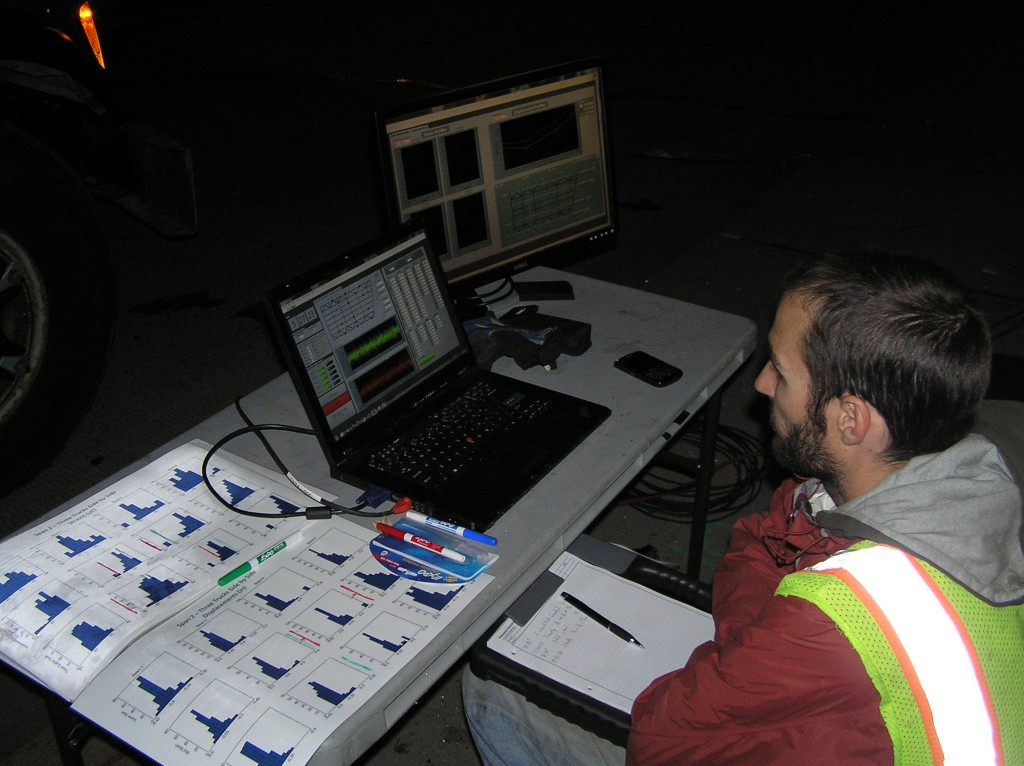 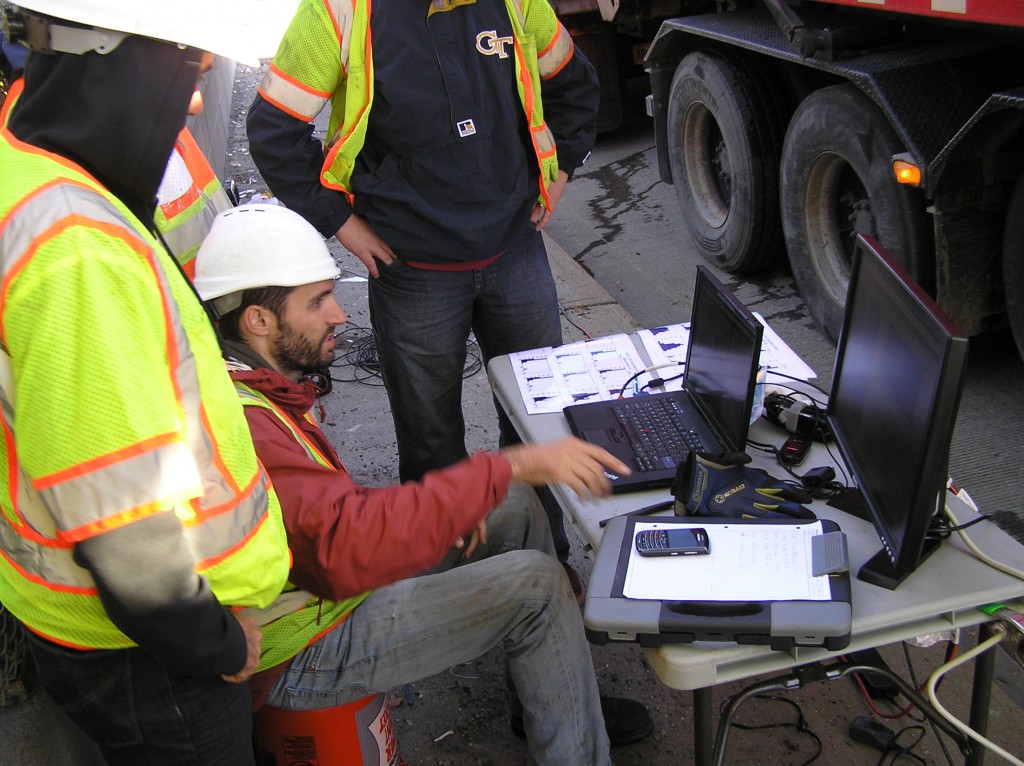 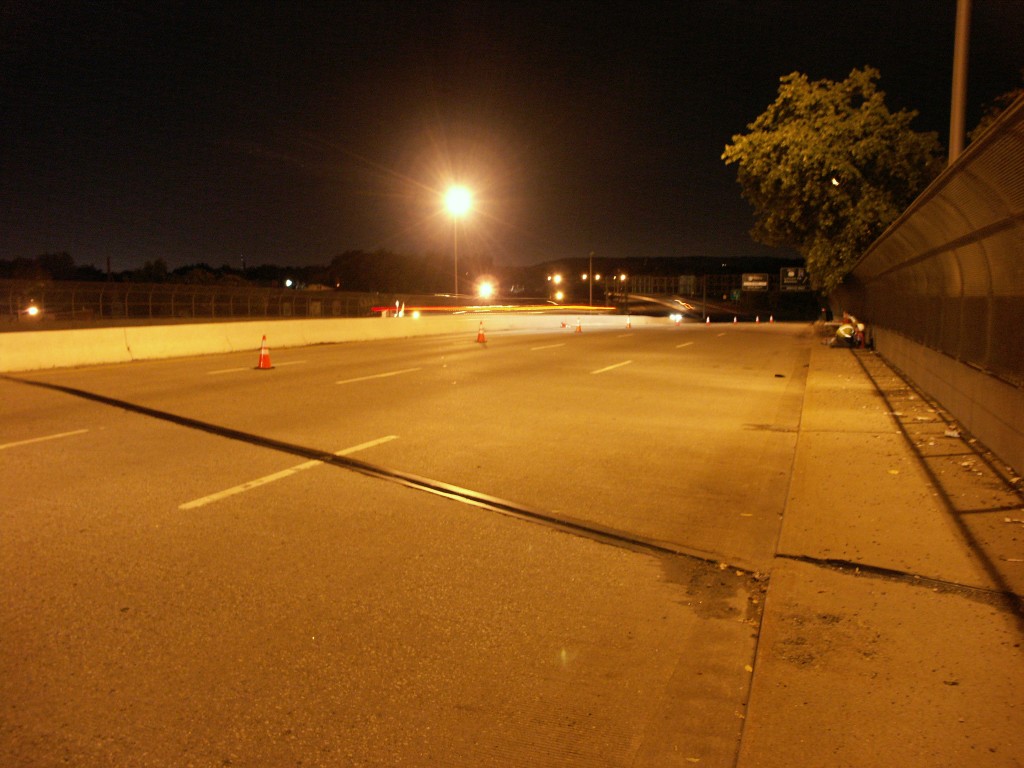 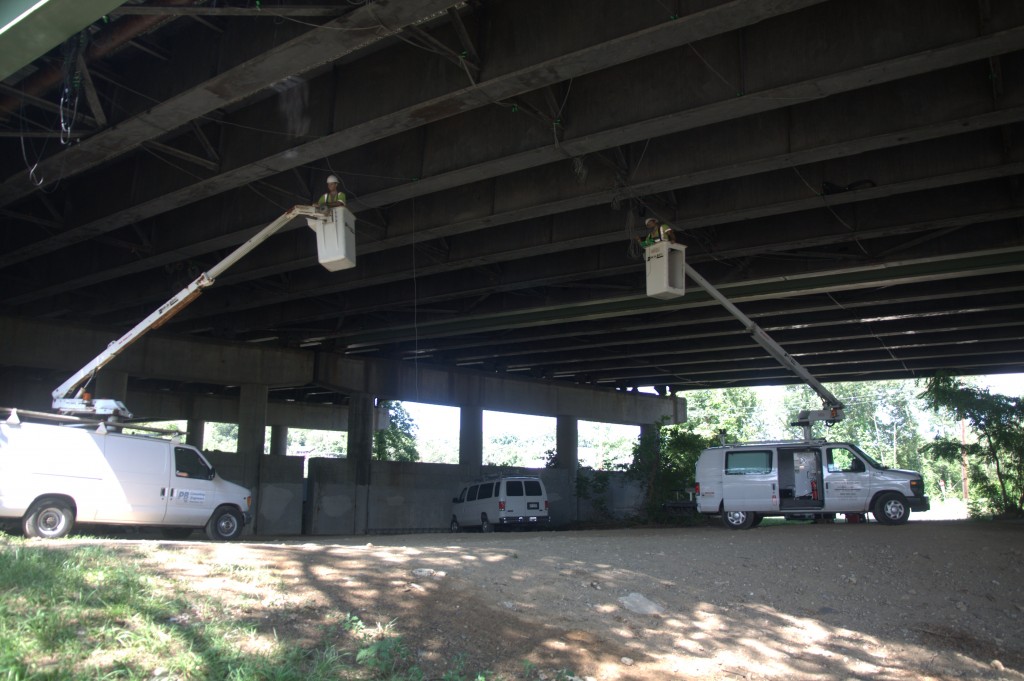 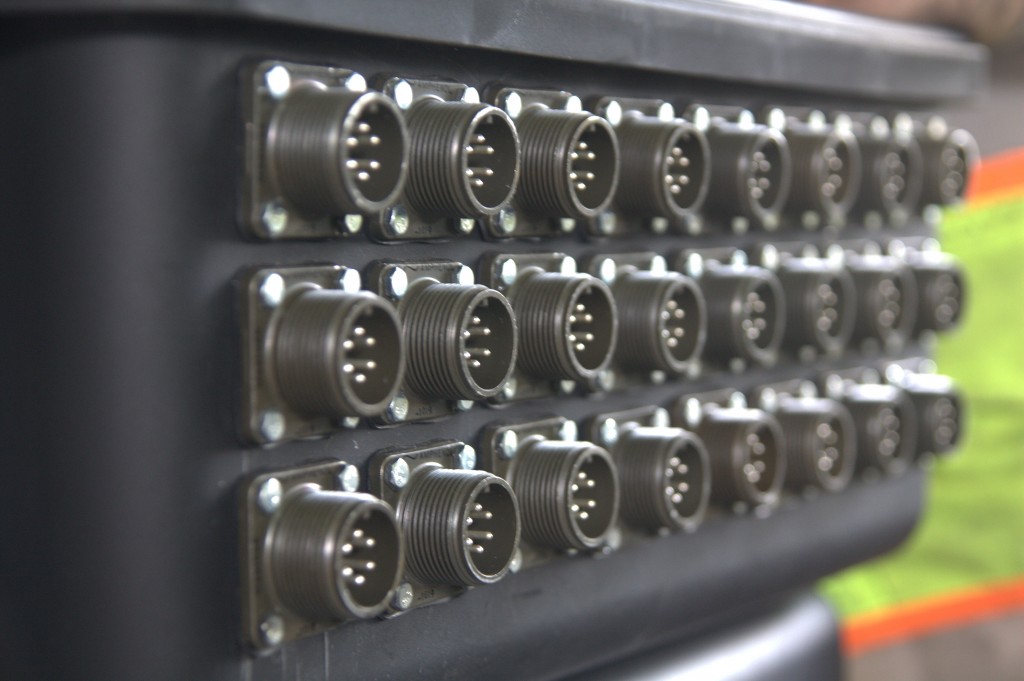 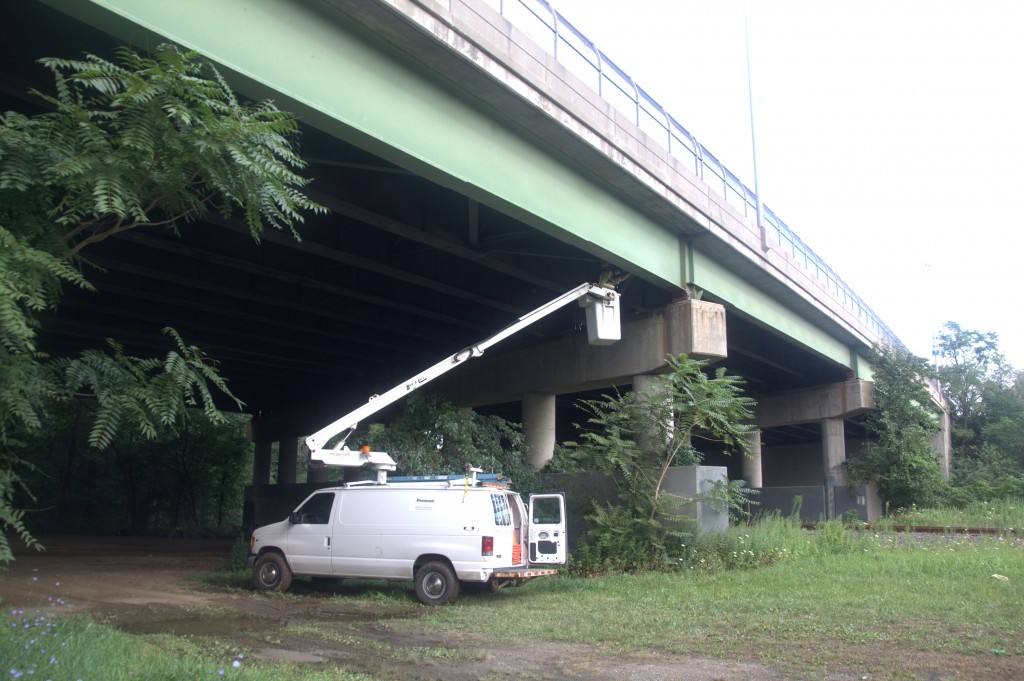 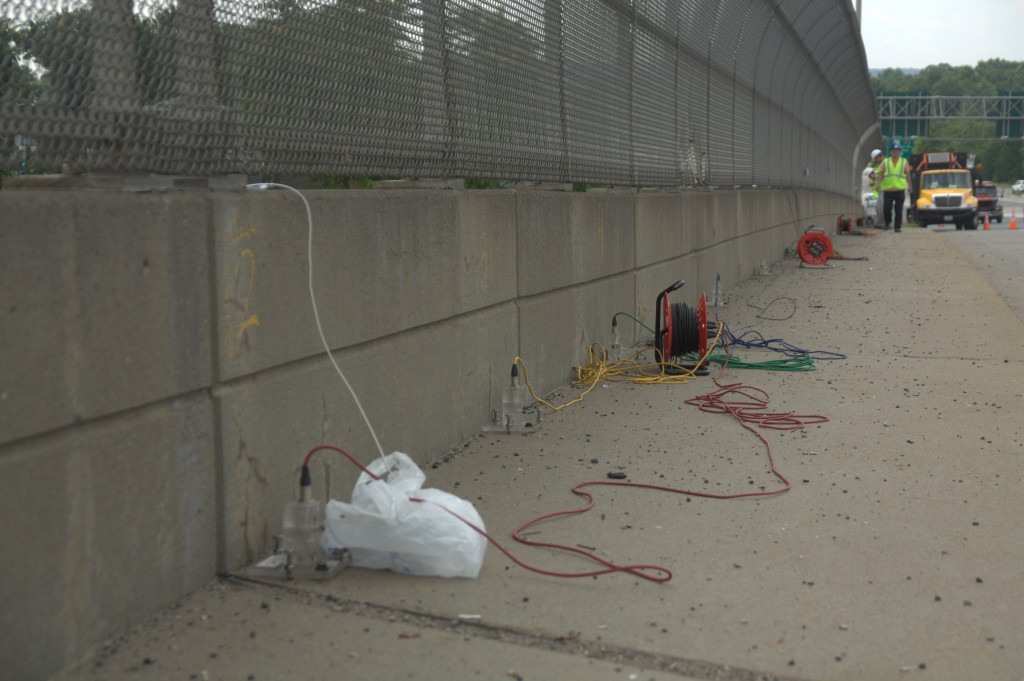 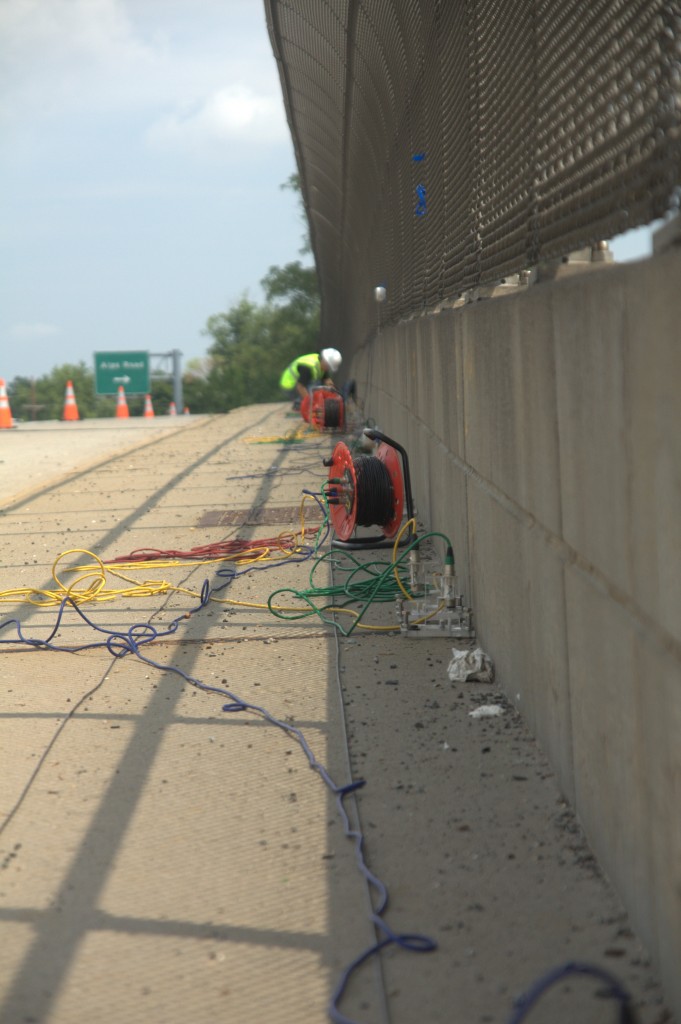 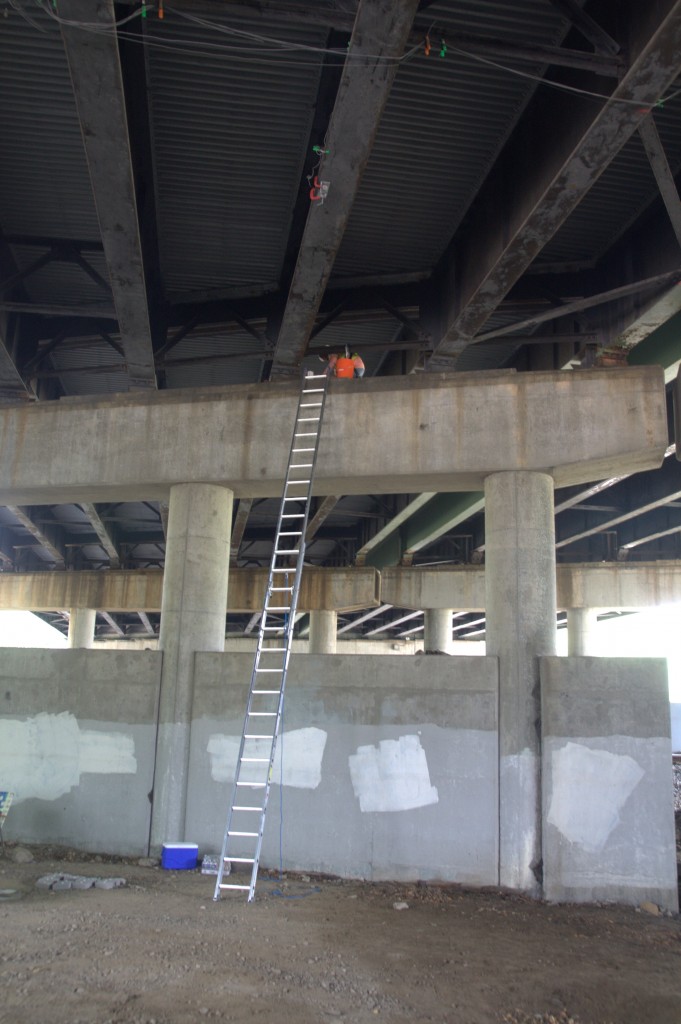 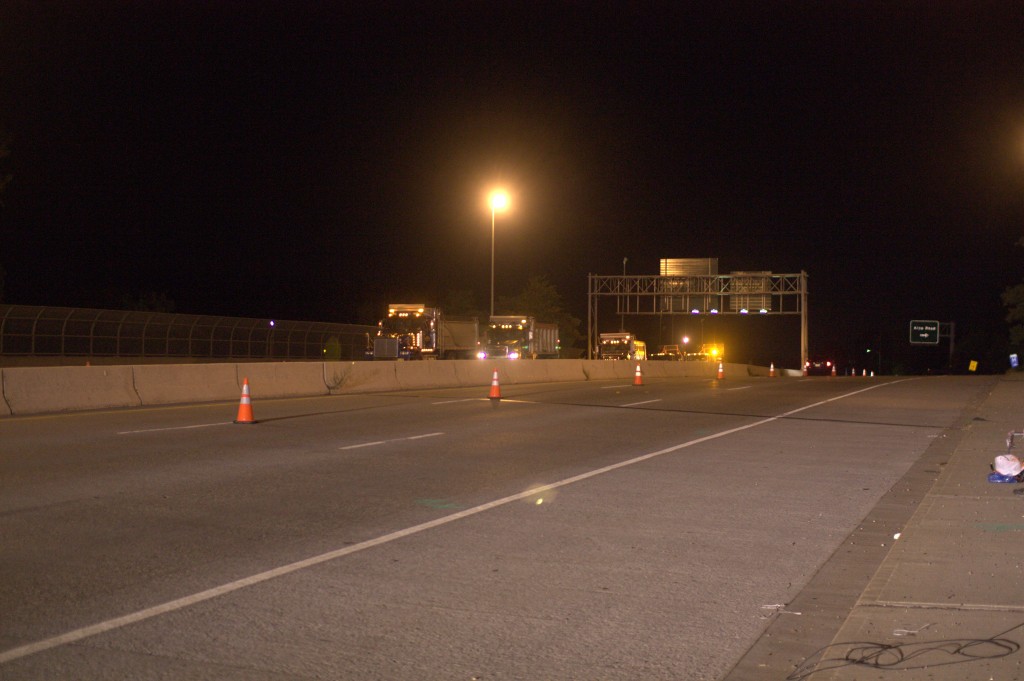 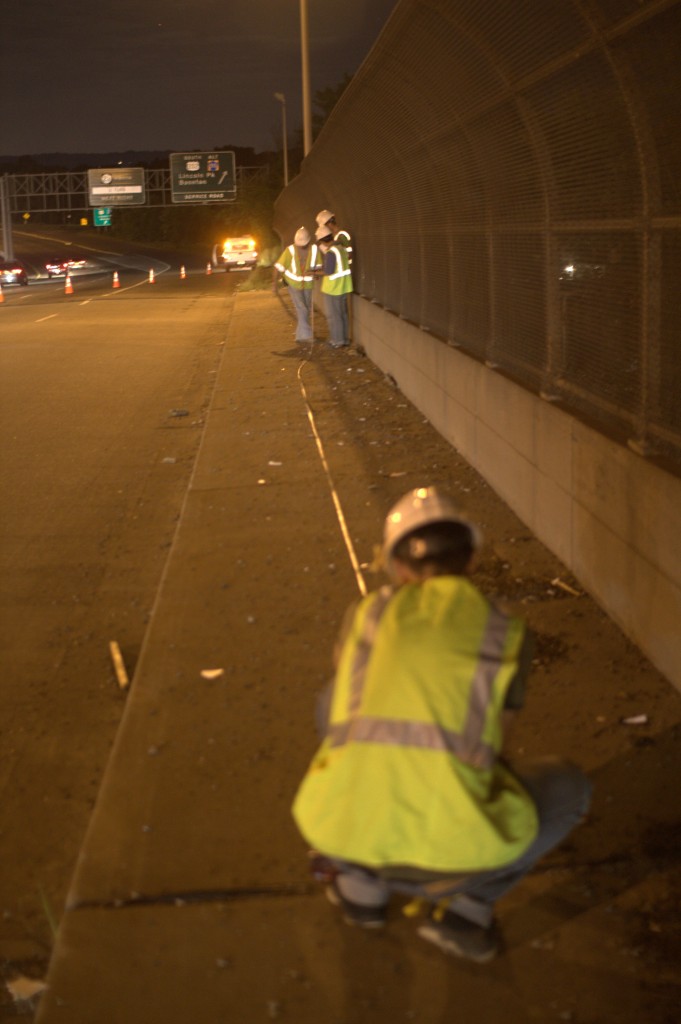 In June 2010 the Federal Highway Administration (FHWA) Long-Term Bridge Performance (LTBP) Program initiated an International Bridge Study (IBS) to formulate and demonstrate best practice guidelines for the integration and application of technology to diagnose, perform prognosis, and design treatments to mitigate performance deficiencies of bridges. IBS was born from a desire to address to growing concern for aged and deteriorated infrastructure throughout the United States.  As part of this program, a steel stringer bridge was selected in northern New Jersey for a round robin study conducted by teams from the United States, Europe and Asia.  Studies included dynamic monitoring, controlled dynamic testing, and controlled load testing, all within the context of Structural Identification (St-Id).  These studies attempted to identify the root causes of deterioration, assess their impact on performance, and develop mitigation strategies.  The outcome of this collaborative effort will be an internationally developed and debated set of recommendations of best practices for the application of technology to bridges to aid in the diagnosis, prognosis and mitigation of performance deficiencies.

Drexel conducted live load testing, forced impact testing and ambient vibration monitoring over the length of the study as well as completing the modeling both before and after testing. The selected bridge was considered to be representative of a large portion of bridges in form, material, age and span length.  While the overall condition of the bridge was considered good, a myriad of deterioration conditions common to the type were noted and provided the teams ample opportunity to perform a wide variety of tests.

Starting with careful and thorough observation of the selected bridge, Drexel created an a priori model which was calibrated against benchmark studies to improve accuracy.  Additionally, Drexel conducted several quick tests of bridge responses to further improve the accuracy of the model.  Confident that the a priori model sufficiently represented the bridge, Drexel was able to conduct tests in an efficient manner by highlighting areas best suited for sensor placement as well as defining a general range for expected responses.

Three main tests were directly conducted by the Drexel team: live load test, ambient vibration, and forced excitation.  A live load test employing six tridem trucks loaded and arranged in various configurations provided Drexel with an opportunity to assess both global condition and localized deterioration under known conditions.  As a precursor to the forced excitation campaign, Drexel conducted ambient vibration testing to gain insight into the modal parameters and extract modal data from the bridge. The benefit of modal data, including natural frequencies, mode shapes, damping ratios, and scaling factors, is the relatively rapid manner in which one may acquire global indices describing the behavior of the structure.  These parameters then serve as global indicators of structural behavior and when used to finely calibrate an a priori model can be used to predict changes.

With data from testing used to calibrate the a priori model, Drexel ran several scenarios, each changing an aspect of the model to determine bridge behavior.  Each scenario represented a plausible repair or retrofit to the bridge.